Posted by Screenmobile Admin on August 25, 2020

This summer just keeps getting better here at Screenmobile, as our screen repair franchise has just welcomed our newest Franchise Owner, Kelly Gordon, to our ever-growing family. Kelly isn’t your average new Franchise Owner, however. He’s purchasing the territory from his father, and moving it to Las Vegas! Kelly recently sat down with our team to discuss his story and his big plans for the future! 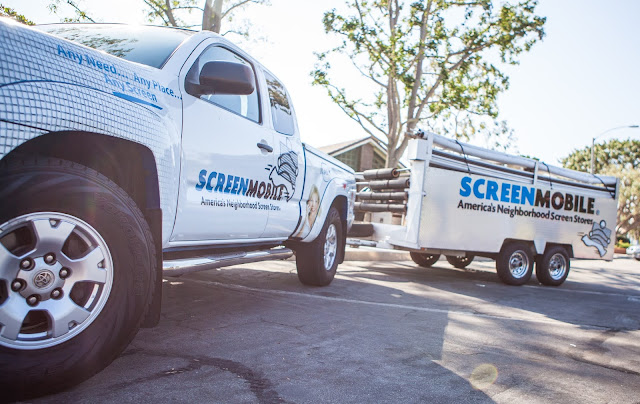 Growing up in Southern California, Kelly Gordon was always involved with the family business, his dad’s career as a Screenmobile Franchise Owner in the San Fernando Valley, a business that he started in 1988. Kelly would often help his dad with screening jobs and was always interested in the business, so much so that he eventually took over for his dad 8 years ago so that he could begin to retire.

Now, Kelly is looking to take his knowledge of the Screenmobile business model and officially open a franchise of his own, in his new home of Las Vegas! Kelly has always liked running his dad’s business, but he’s always wanted to build something on his own. Now Screenmobile is letting him do just this as he has officially purchased our newest territory in Las Vegas.

“I think mainly it’s the freedom that I have of owning my own business and being able to pretty much make my own hours and do what I need to,” says Kelly. “It’s definitely a new experience going from a territory that we’ve had for 30+ years and having it built and run pretty efficiently by itself, to turn and move to an area that hasn’t been worked in the last few years, but honestly I can’t wait!”

What were Kelly’s motivations for moving to Las Vegas? Well, aside from a new change of scenery, he was intrigued by the tax laws, which give him the potential to maximize his profits. Being that the climate is much hotter in Las Vegas, Kelly will be installing different types of screens, something that excites him. In Los Angeles, bug screens are more popular, but in Las Vegas, solar screens are in higher demand. It’s this type of versatility that is sure to make Kelly successful as a screen repair Franchise Owner with Screenmobile.

Furthermore, Screenmobile Franchise Owners see little to no national competition, allowing them to have a steady flow of revenue coming into their business. Screenmobile is a nationally recognized brand operating within a niche market. Our proprietary “mobile workshop” model hasn’t been replicated by any national competitors in nearly four decades! As a result, Screemobile is almost always the first place that customers go to for their screening needs.

As a Screenmobile screen repair Franchise Owner, Kelly gets to be his own boss and work when he wants to. Screenmobile is a home-based business, meaning that our Franchise Owners get to set their own schedules and take time off when they need it. This allows them to spend more time with their families, take more vacations, and better yet, truly enjoy their careers!

As we move deeper into 2020, our brand is growing exponentially stronger, despite the pandemic. The home improvement industry has seen a surge during the past months and is only expected to grow, as is our brand! We’re currently offering screen repair franchising opportunities to qualified individuals across select territories. If this sounds like something that would interest you, visit our franchise website today.