Posted by Screenmobile Admin on August 04, 2020

What does starting a screening business and being able to shred the guitar have in common? Adam Albarado has done both! A recent article from North Florida Daily News highlighted Adam’s “Double Lifestyle” and explained why he absolutely loves being a Screenmobile Franchise Owner! 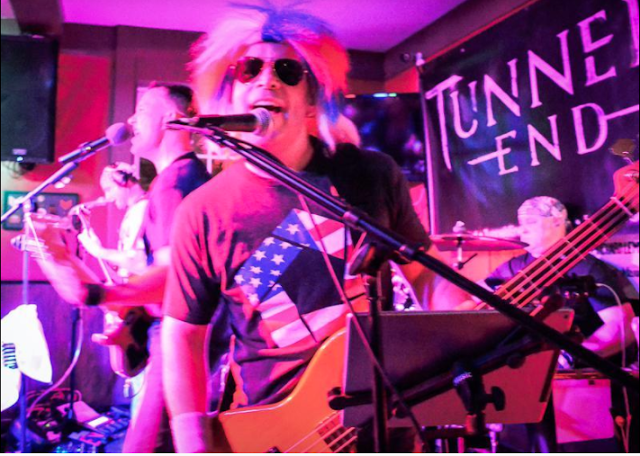 While Adam Albarado has lived all over the country while serving in the Navy, music is something that has always remained constant in his life. Adam has started playing music at a young age and wherever he’s gone, he’s brought along his passion for music and the comradery that comes with it.

“I’ve been playing bass guitar in various bands since I was 13,” Adam describes. “I’m from Louisiana originally, so I was playing in the New Orleans music scene for a while. Obviously, I didn’t make it my career, but I’ve been in several cover bands and original bands. During my time in the Navy, I’d always be somewhere where some other sailors played, so we’d form a cover band for the ship or wherever we were stationed”.

After completing several tours in the Navy, Adam was finally ready to retire. Not permanently, however – Adam had always had a dream of starting his own business! That’s where Screenmobile came into the picture.

Adam had worked hard during his time in the Navy and knew he deserved a career that he could truly enjoy. Plus he wanted to have plenty of time to do what he loved, like jam! While still in the Navy, Adam attended a franchising lecture and learned about the Screenmobile opportunity. He was instantly hooked and within a just few weeks was well on his way to starting a screening business!

Originally, Adam and his wife Shelley had agreed that he would wait a year before starting his own screening business. However, Adam was so excited to start working that he couldn’t even wait that long! “It has been a goal of mine to start a business and help the community once I retired,” Adam said. “Her comment was, ‘I give you six months – if not less.’ She won that bet. I was only retired for four or five months before I bought the franchise.”

Since officially opening his business this past January, Adam has seen tremendous success and is loving his new career! It’s more than just a job for him though – he truly enjoys what he does! On a daily basis, Adam is making a difference within his community and helping homeowners use their homes to their fullest potential. Furthermore, Adam gets to be his own boss, meaning he gets to work when he wants to. He can take time off when he needs it and spend more time with his family. But best of all, Adam can spend more time jamming with his band, which he still does plenty of!

“I’m a weekend warrior as far as playing. Sometimes during the week, I’ll play to relax a bit. I’m not playing out too much now because of the bar closures.” Adam describes. “But on the weekends, I’m usually jamming or recording with the guys from my college band.”

By starting a screening business with Screenmobile, Adam has become part of a family and is treated as such. He has fellow Franchise Owners around him all the time to help show him the ropes or give him business advice. If any challenges are to arise, the Screenmobile corporate support team has his back 24/7! They can help push marketing efforts, find Adam more jobs, or help him to train his employees. Adam rests easy knowing that he is not alone as a business owner with Screenmobile!

Furthermore, being a Screenmobile Franchise Owner gives Adam the potential to realize tremendous profits while enjoying his career more than ever! In 2019, our Franchise Owners saw average gross sales of $271,278* with 39% net margins. With a low investment starting at $91,000, not many opportunities can compete!

When we founded Screenmobile in 1980, we simply saw a need that needed to be filled. Today, we have grown our brand into 120 licenses across 25 states. We are a nationally recognized brand with a mobile workshop business model that cannot be found anywhere else. As a result, competition is non-existent and our brand’s reputation speaks for itself.

As one can see from Adam’s story, our Franchise Owners are truly passionate people who enjoy doing what they love, whether it be starting a screening business or rocking out with their band. As we move deeper into 2020, we’re looking to bring more passionate individuals into our family! If this sounds like something that would interest you, visit our franchising site today! 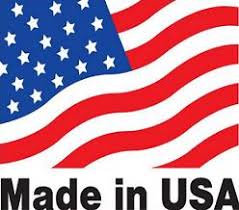 Screenmobile Products are made in America

Did you know that most of the products your local Screenmobile sells are MADE IN AMERICA?      Doing business with Screenmobile means you are supporting American companies and American jobs!    What can Screenmobile help you with today?    www.screenmobile.com Screenmobile is a mobile service, so we come to your home or office to measure, manufacture and install, normally during one visit.   Some custom products require an initial visit to measure and then a return trip to install your product. Screenmobile offers a wide array of products to choose from, along with color options.    Let's take a look at the products we offer: Window Screens (new window screens, re-screens for existing frames, new fabrication of window screens for missing screens) Sliding Door Screens (patio door sliding screen replacement or rescreen) Door Screens  (swinging screen doors, rescreen of screen doors) Porch and Patio Screens   (patio screen repair and new patio or porch constructio